The Bloo Alien and his navigator Algernon NeverLost 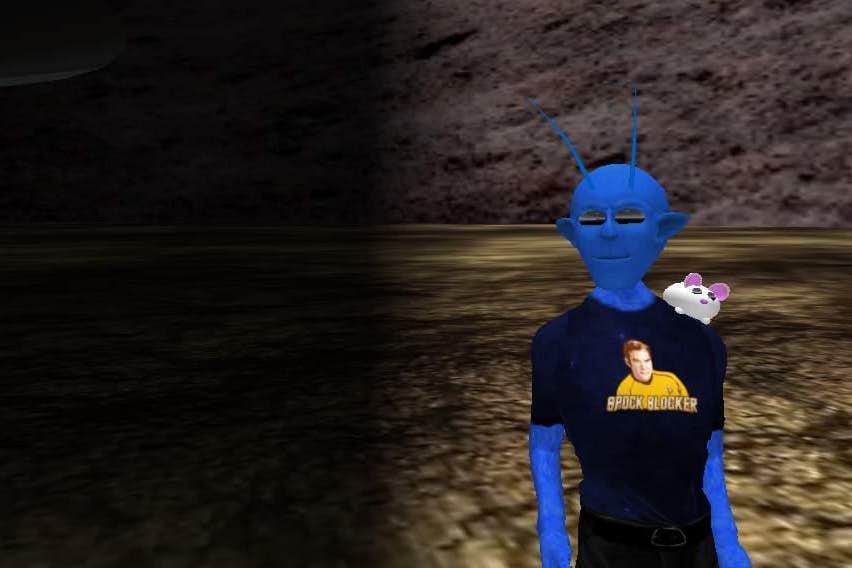 Bavarin Fleetfoot, Bard of the Realm

Born a poor Half-Elf All-Mad Bard in the strange and magical land of Norrath, Bavarin Fleetfoot never quite entirely "fit in" among his own kind. Perhaps it was the Dark Elf mask he wore at all times, or his insistence that he was the only "Blueberry" (a derogatory term for the blue skinned Dark Elf race on the "Tallon-Zek" PvP server) Bard in existence, even though everyone knew that was patently impossible, as Dark Elves singing sound like crows being literally murdered. Maybe it was just the fact that he hung around with unsavory types like Trolls and Iksars, and other "evil" types that bothered folk. None of that matters now, as one morning he awoke to find himself as a Stranger in a Strange Land...

Visitor's Log - StarDate, Unknown: Cloned a poor blue alien on an unknown planet in the far upper reaches of Islandz Virtual World, I am still trying to make sense of these strange creatures of planet Ürth, known as "Hyoo-manz". I have thus far found myself rather worried by their apparently unexplainable madness.

I've discovered that these Hyoo-manz worship colored bits of paper and shiny bits of metal with numbers on them and will do nearly anything for them, including kill each other, and any other life-form they believe will garner them a few more of these strange tokens.

Because I'm not going to just freely give too much personal information to just any old random Internet "hacker" wannabe out there, we'll be limiting just how much we post here about my "real life" as a human meat-bag behind a keyboard, but for those who are interested, here's a little bit about me.